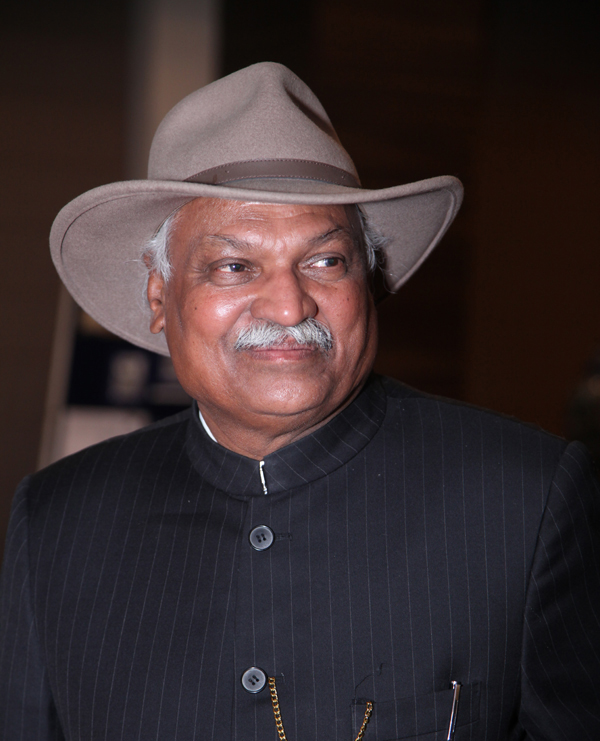 Kamal Bordia a robust man of many virtues is the stalwart pillar of strength behind the foundation of Neerja International Inc. and the flourishing of the Blue Pottery Craft in Jaipur.

Born in January 1949, Kamal Bordia did his schooling from St. Xavier’s Ahmedabad and his Bachelors from H. L. Commerce College, Ahmedabad in 1968. He maintained an exemplary persona of a Secretary of the College and was also an ardent State Player of Tennis.

In 1970, following the early transition of his father to his heavenly abode, the young Kamal Bordia migrated to Jaipur with his mother and family of brothers and sisters. A staunch believer that ‘Destiny favors’ the brave’ he started his own Construction Company from scratch. He envisioned the start of the development era as Jaipur city started spreading beyond the boundaries of the Walled City. At that time, he was the only educated Contractor in the Construction field. Through his painstaking efforts and inbuilt knowledge he was successful in creating a name for himself in the Construction line.

2 years down the line, with his business acumen and prowess he had ample of supply contracts in his kitty. His fleet of Transport vehicles, which plied throughout the city round the clock, was a regular feature at prominent construction sites. Some of the commendable contracts that he worked on were the Reserve Bank of India at Ram Bagh Circle, the UP Nirman Nigam, Clarks Amer, and Shalimar & Amber Cinemas which have lately been converted into well known Business Centres of Jaipur.

Kamal Bordia married Leela Bordia in 1974. His unquestionable support for his wife Leela Bordia’s social service activities helped in the upliftment and promotion of the Jaipur Blue Pottery craft from the year 1978. When the load of work seemed to be unending and strenuous for the young Leela Bordia, Kamal Bordia stepped in to handle the finances and daily affairs of the business. This helped to turn the tide in her favour and the blossoming of the Blue Pottery Craft. He stands humbly tall behind Leela Bordia’s pursuits of excellence with a smile on his lips and a twinkle in his eyes.  Behind the charm and the smile lies a lot of hard work that has ultimately led him to be what he is today.

Given the scenario in that era, it was a complete contradiction to see how Kamal Bordia and his mother wholeheartedly gave their heartfelt encouragement to Leela for pushing forth her social and professional work. It is a lesson worth learning how he stood steadfastly with his wife throughout all the phases of life.

Today he is an integral part of the Neerja Group, where he is not only the CFO but also supervises the day to day workings of Neerja International Inc., Neerja Softwares Pvt. Ltd., Everdata Technologies Pvt. Ltd. and the Everdata Data Center with a keen insight, support and forbearance.

A Golf enthusiast since the last 14 years, he is a renowned King Golfer, having won the Rajasthan Day Golf Tournament in 2005 as well as winning the Audi Tournament in 2011. He has also been a part of Golf Tournaments in Dubai. He is affectionately known as the Polo Man as he keeps his pockets filled with Polo sweets to distribute to one and all.

Kamal Bordia has seen it all – the trials, travails and sweet success of a self made man. A beaming grandfather, his grandson Sanyam, his little granddaughters Myra and Ryma lovingly call him a ‘Horlicks drinking- strong man of the family’.